Kim Frohsin has worked in the realm of painting , photography, printmaking, drawing, collage and mixed ~ media photography over her last 25 year career as a full ~ time visual artist.

She has lived and worked in San Francisco since 1985 ; over the years, her figurative work  has been likened to a “the third generation” of The Bay Area Figurative in style and tradition.

Yet, her extensive and intensive collaboration, especially for this last decade with live models ( her “Muses”) , reveals that her line, innate color sensibility, ventures into experimentation in both subject and media ,  propelled along with a very individualistic and independent spirit, make it difficult to tag her in one visual fine art category or “school”.  She is a singular studio artist who likes to push her own boundaries at will.

She grew up in “The South” (Atlanta, GA)  leaving for California in 1979 ; she has since resided in France, outside of Minneapolis,  in San Diego, CA, but  settled in San Francisco in 1985.

Ms. Frohsin ‘s works are now the collections of The San Jose Museum of Art, The Crocker Art Museum and the De Young Museum, all in CA. She has been in numerous solo juried and group shows and has work held in numerous corporate and private collections , worldwide.

More of Kim’s work may be found at: 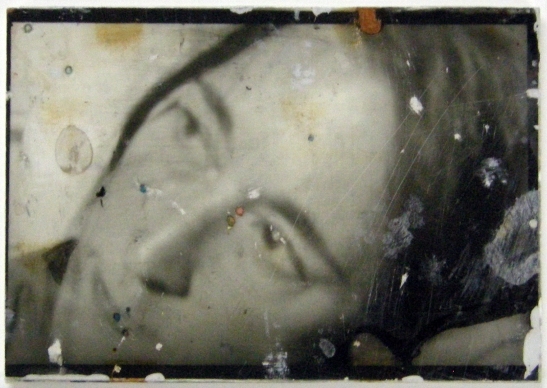 This entry was posted on October 12, 2013 by sirimas in Artists and tagged Kim Frohsin, Mixed Media, Noonan Bldg, Pier 70.